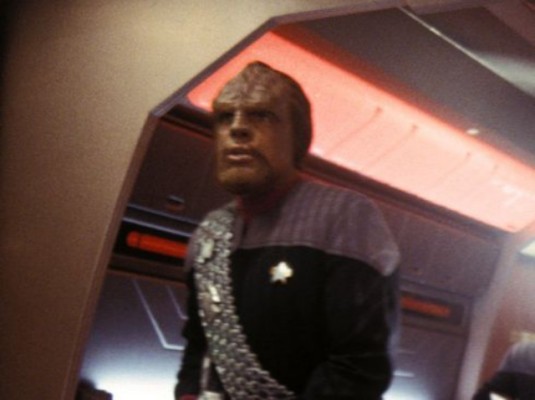 What would Worf say about David Waddell’s resignation from the Indian Trail City Council in North Carolina?

Waddell, who is stepping aside Jan. 31, tendered his notice this week in Klingon, the language of the fictional humanoid warrior species from Star Trek.

The Charlotte Observer reports the lawmaker’s letter to Indian Trail Mayor Michael Alvarez was meant as a joke but to be safe he included a translation using Bing.com. 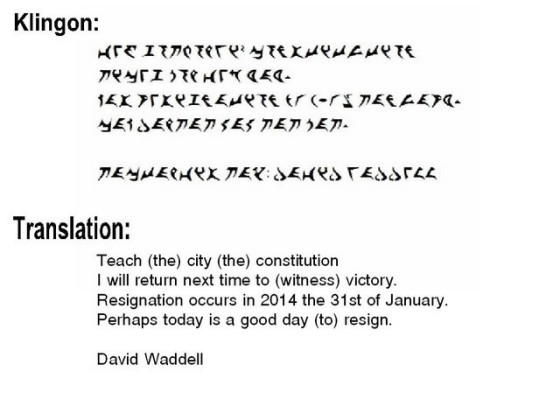 Waddell, a plumber by profession, intends to continue attending council meetings and speaking out as a concerned citizen. Plus, he told the Charlotte newspaper, he wants to devote time to mounting a write-in campaign for the Constitution Party’s nomination for the U.S. Senate against Sen. Kay Hagan, D-N.C.

As for Alvarez, he wasn’t pleased. “It’s an embarrasment for Indian Trail, and it’s an embarrassment for North Carolina,” the mayor is quoted as saying. But Gene Roddenberry must approve.