New Vice-Admiral of the Yorktown announced after nationwide search 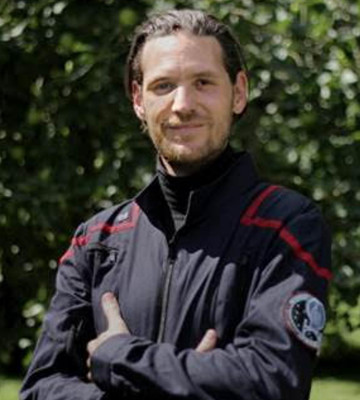 On Friday 18th November, a temporary Starfleet Outpost popped-up at leading recruitment agency Manpower UK’s Liverpool Street based offices. Trekkers from around the country queued up to apply for a once in a light year role as Starfleet Vice-Admiral*. Earth dweller, Gary O’Brien from the Oxfordshire sector, managed to surpass 300 applicants and standout from 70 Trek-sperts from around the nation, to be named and famed ‘the ultimate Trekker.’

O’Brien bossed such intergalactic toughies as listing the full registration numbers, classes and captains of all seven ships to have bared the name Enterprise; as well as recalling the lengthy Borg name of Voyager’s Seven of Nine.

He will receive an official uniform recently used in the production of Star Trek Beyond and a VIP visit to Paramount Studio Lot in Los Angeles.

O’Brien, who has been a lifelong fan of Star Trek has said, “When I was about ten years old my brother, my Dad and I would all watch it together each evening.

Obviously, it’s a really feel good show, and perhaps just subliminally as a kid you pick up on the fact that the characters seem a little more like people to aspire to than you see on most other TV shows. Or maybe it’s just because it has spaceships in it! Either way, the show became a great way for me to channel my creativity.

I guess I got all my knowledge of the show not just from the actual movies and episodes themselves (on constant re-watch each evening after school…), but also from all the books I read, most notably the Star Trek Encyclopedia. Sometimes I’ve wondered if there was any point to knowing this stuff, but now having won this great competition I guess I can say that there was!

Over 300 ambitious commanders looking to make their mark on the fringes of known space registered to take part in the recruitment process and complete the ultimate Star Trek test. The test, designed by die hard Star Trek fan and renowned film journalist, James Dyer, determined if candidates had what it took to run a state-of-the-art Starbase.

Dyer who personally interviewed O’Brien has said, “This was a fiendishly difficult array of questions that tested the very limits of people’s knowledge of all things Trek. I was actually very impressed with the applicants’ performance (not to mention their costumes) but none more so than our winner. Gary absolutely annihilated the test, completely nailing even the most brutal questions without breaking a sweat. I’m beginning to suspect he might actually be Vulcan.”

Do your readers have what it takes to pass the ultimate Trekker test? Find the full list of questions attached to this email.

*Merchandise for this event was provided by the following licensees: