This Friday 15th February, 2013 sees Ten Forward introduce it’s Book Club supplemental show: The Captains Table. The show will feature interviews with those who have shaped the world of Star Trek in words. The Captains Table will be released on the Ten Forward & Holodeck feeds. The following is an interview which I had with the show’s two creators Sina Alvarado and Michael Clark.

What’s the show all about?

Sina: Well it was a brainstorm between Michael and myself. Michael has been absolutely brilliant with contacting various authors of Star Trek books and comics and getting them to agree to grant us interviews and it kind of snowballed from there. We wanted to discuss with the authors the books that we have been talking about in Ten Forwards monthly book club. I thought it would be great to have a nice intimate chat with the authors, discuss Star Trek, their writing and from there we came up with the concept of a supplemental show which we’re calling The Captains Table.

Michael: We both felt that since these wonderful authors are giving up their time to speak to us we wanted to make the show special. We just felt we needed something more than just a slot in the normal weekly show and that they needed their own dedicated show.

What’s your aim for the show?

Michael: I think really it’s to supplement our book club we have on Ten Forward. We all love books on Ten Forward and while we have a great time reviewing books Sina and I both wanted to do more. We just want to give the listeners more information about the authors, how they got into Star Trek, where the ideas come from for their stories and just understand where their motivations were coming from when they wrote a particular story.

Sina: Right, usually the authors are very happy to tells us what their thought processes were or how they arrived at a certain plot point or tell us about the research that was done behind a story or plot concept, what ended up ultimately in the printed book. They have been so generous with their time and to go into so much detail.

Who have you got coming up on the show?

Michael: I suppose we could do the first two, couldn’t we… 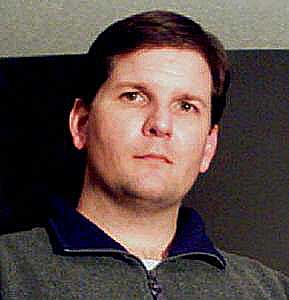 Michael: Our first interview which is coming out Friday is with the author Dayton Ward. He’s written tons of Star Trek books including those within the SCE universe, Vanguard, A time to. Here is a link of everything he has done.

Sina: He started out as contributing author to the Strange New Worlds series which was basically the fan fiction and with that he got a step in the door so to speak with the editors over at Pocket Books. He kind of graduated  from there to SCE E-books, which are actually short stories. But most recently he has a new original series novel coming out, but he has done a ton of stuff. 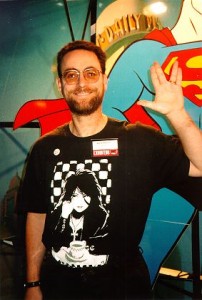 Michael: The second one we have is Bob Greenberger and he’s got a history going back years with Star Trek. He’s worked in comics for DC & Marvel Comics where he was an editor. He was originally the editor of Star Trek: The Next Generation and Original series comics for DC. He later moved into writing novels and he’s written some of “The Time To series”, “The Gateway series”. He works alongside Peter David, Michael Jan Friedman and quite a few authors at Crazy 8 Press. He has also been a guest on The Holodeck where we discussed his work on the Star Trek comics at DC. For the Captains Table we really go deep into two of his stories, one called “Command Codes” from a Voyager anthology called “Distant Shores” and one TOS story called “The Landing Party” from “Constellations”, which was celebrating the fortieth anniversary of Star Trek. In the interview he tells us all about what it’s like to write a story, where the ideas came from which was really great fun.Here is a link of everything he has done. 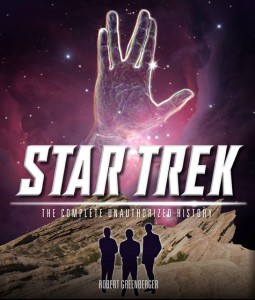 Here is a link to the article I did on the website – Star Trek: The Complete Unauthorized History

Michael: That’s the first two, we have recorded one more already. We have three more planned and we have two currently at the setting up / planning a date stage.

Sina:This isn’t going to be a weekly pod. It’s just as and when we get authors to agree to be interviewed that we will release a show.

Michael: We will give notice on Ten Forward when the shows going to be released and through twitter and the Trek Mate Website. We will release The Captain’s Table on Wednesdays. The only exception will be the first show which is out this Friday and will be introduced in the Ten Forward format. The second show will start on a Wednesday and have its own theme and logo. Rick Moyer has made an opening and closing track for us and it should be really good.

The Captain’s Table will be available this Friday 15th February, 2013 from The Ten Forward Podcast and then check out Ten Forward for details when other interviews will be released.

If there are any authors you would like Michael and Sina to interview please send your suggestions to trekmatetenforward@gmail.com or send a tweet to @Tenforward1701