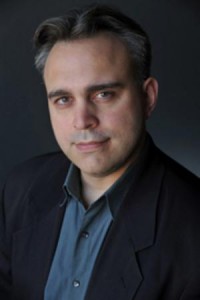 In our third chapter Sina & Michael interview author New York Times Best Selling Author David Mack. David has written countless Star Trek novels including those within the SCE universe, Vanguard, The Next Generation and many, many more. David has also written for the Deep Space Nine television series.

Over the last few months on our monthly book club we have been reviewing the Destiny trilogy written by David Mack. To close our series on Destiny we wanted to speak to the man who created this epic story and David kindly agreed and had been listening to our reviews.

You can find Destiny The Complete Saga at Amazon U.S

You can find Destiny The Complete Saga at Amazon UK 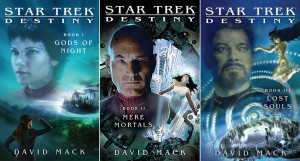 You can read the wonderful comments David wrote about Ten Forward and our reviews on the Destiny Trilogy at David’s blog: “The Ten Forward podcast talks Destiny”

You can find more about David on his official website

You can find David on:

Comment on the show at the Trek Mate forum here

You can find Sina on:

You can find Michael on:

Picture of David Mack was used with permission and was taken by David Cross.