Ten amazing science and technology innovations coming up in 2014

Beam yourself across the world 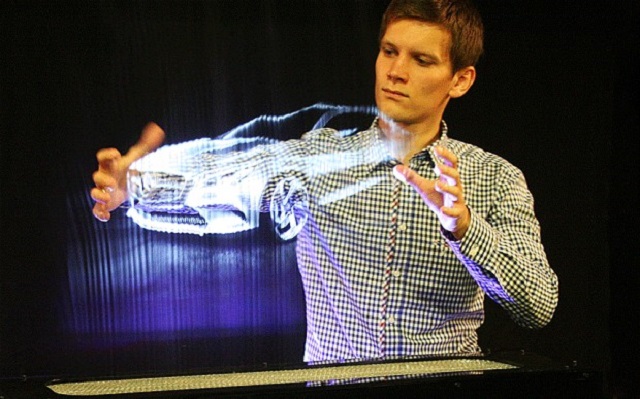 The growth in video communication has been exponential. Skype now boasts 300 million users, and a 2012 Ipsos/Reuters poll revealed one in five people worldwide now frequently “telecommuted” to work. But Star Trek fans will be happy to hear that incoming technology will add a further dimension to international conference calls. Known as holographic telepresence, it involves transmitting a three-dimensional moving image of you at each destination – allowing you to converse as if you were in the room. One system from Musion, based in Britain, uses Pepper’s Ghost, an effect popular with illusionists, to beam moving images onto sloped glass. Musion has already digitally resurrected rapper Tupac Shakur at a music festival. But full 3D holographic communication is not far behind – in the shape of the Polish company Leia. Named after the Star Wars princess, its Leia Display XL uses laser projectors to beam images onto a cloud of water vapour. The result is a walk-in holographic room, in which 3D objects can be viewed and manipulated from every angle. An IBM survey of 3,000 researchers recently named holographic video calls as one technology they expected to see in place in the next year or so.

If you think the atmosphere at a Formula 1 grand prix is electric, you’re going to love the new motor sport starting next year. Formula E will see drivers racing around city-centre circuits – including London – in battery-powered electric cars. The new championship, which is backed by the FIA, motor racing’s governing body, promises cars as sexy as those driven by Lewis Hamilton, Sebastian Vettel et al, but with lithium-ion batteries and electric motors instead of fuel tanks and pistons. And, while their top speed is expected to be 155mph, slower than Formula 1, the event will compensate with exciting street circuits and brightly-lit night events. The pit stops will be different too: with the batteries running out of juice after 20 minutes, drivers won’t just change their tires, they’ll jump into new cars. The season is scheduled to start on September 13 in Beijing, with further races in the streets of Rio de Janeiro, Berlin and Los Angeles amongst others, before the final event in the centre of London on June 27 2015.

In this age of instant gratification, waiting days for internet purchases to arrive suddenly seems very 2013. So, from next year, behemoths like Amazon and eBay will be stepping up their efforts to deliver goods on the same day they’re bought, even if that day’s a Sunday. Eventually, Amazon founder Jeff Bezos envisions unmanned drones bringing products to our doors within half-an-hour. In the meantime, he’s increasing his number of warehouses and overhauling his partnerships with couriers to get us what we want as quickly as possible. It’s another nail in the coffin of traditional bricks-and-mortar stores. 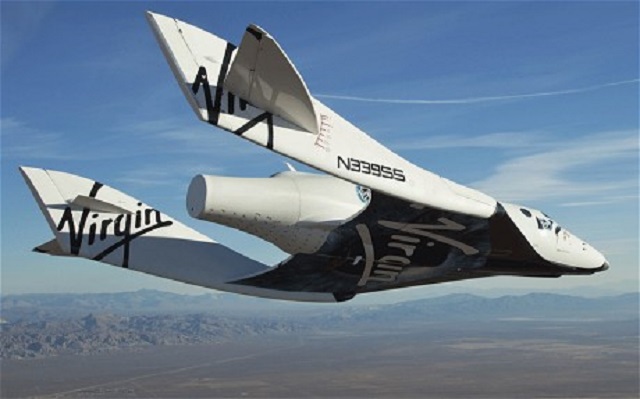 Despite delays in testing – the first flights were promised by 2011 – Sir Richard Branson’s dream of making money in space is nearing reality. A test flight was completed in April, and it was announced in November that television network NBC has agreed to televise the first ever public flight from New Mexico “sometime in 2014”.

According to a recent survey, one in five consumers in America no longer carry any cash on them. From next year, they won’t need their ever-growing collection of plastic payment cards either. San Francisco company Coin has invented a device the same size as a credit card that holds the information of up to eight debit, credit, loyalty or gift cards. Customers press a button to choose which one they want to use and then simply swipe their Coin in the usual way. And if you lose your Coin? The card is synched to your smartphone and when the two are separated your phone receives a notification. In other words: you can’t leave home (or a shop, or a restaurant) without it.

In an abandoned quarry at the base of China’s Tianmenshan Mountain, 30 miles outside Shanghai, an extraordinary hotel is taking shape. At a cost of £345 million, the InterContinental Hotels Group is building a five-star resort that will boast two floors above the top of the 330ft rock face and another 17 storeys below ground level, two of which will be underwater. If construction goes to plan, the first guests at “the world’s lowest hotel” will check-in by the end of 2014.

As it stands, if you felt the urge to make the 54-million-mile trip to Mars, it would take you nine months. That’s around 39 weeks dealing with cosmic radiation, asteroids and wastage to your bones and muscles.

But VASIMR could change all that. Set to be tested aboard the International Space Station in late 2014 to early 2015, the Variable Specific Impulse Magnetoplasma Rocket is an experimental engine that, if it works, could get us there in three months.

To simplify enormously: existing chemical rockets only produce short bursts of speed as they burn a vast amount of fuel in one go, but at a relatively low velocity. By contrast, VASIMR takes a tiny bit of propellant (plasma), heats it to very high temperatures (two million degrees centrigrade) using radio waves, then uses magnetic fields to push it out at extremely high velocities. The result is a steady, continuous acceleration to higher speeds, using far less fuel.

In theory. One current problem is the power required to heat the plasma. For short flights near Earth, solar panels suffice. But a mission to Mars would require a far bigger continuous power supply – and that means a wider initiative to build a nuclear reactor small and safe enough for the trip.

But manufacturers Ad Astra – lead by former NASA astronaut Dr Franklin Chang Díaz – say VASIMR is a game-changer. Better still, for the sci-fi fans among us, VASIMR even burns with the same bluish tint and luminescence of fictional spaceships engines. Which is what scientists like to call “the clincher”.

For some people, it’s about whether the factory workers are being treated ethically. For others, it’s about the impact upon the environment. For a great deal more of us, it’s about checking whether you’re about to feed your child a Turkey Twizzler made out of freshly-slaughtered Romanian horse. Either way: in the age of globalisation, knowing where your product has been made or grown, and its route to market, has taken on a new importance.

Embracing this shift in consumer priorities is Provenance (www.provenance.it) – a new type of search engine attempting to chronicle just that. From chocolate bars to jackets to shoes to chef’s knives, Provenance tells you where a product is made, who the manufacturer is and what the product is made from.

But while Provenance includes vivid personal stories from farmers, workers, craftspeople and so on, there’s no attempt to catch out corporations with their hands in the sweatshop, Roger Cook style. Instead, the site works in collaboration with everyone from small-batch producers to large multinationals in the hope that, by simply taking the mystery out of supply chains and worldwide commerce, the site will help shoppers make better choices. As well as gently forcing companies to improve their environmental and social impact.

Not every emerging scientific advance is complex, or sophisticated. Or, for that matter, something you’d discuss at the dinner table. Fecal microbiota transplantation (FMT) – the process of transferring fecal bacteria from a healthy individual into a sick recipient – has been around since 1957. But it’s only in the last decade that FMT has been seen as simple, safe, low cost, low risk, accessible, and, apparently, a permanent treatment alternative to increasingly high-strength antibiotics.

To explain: when a patient is given broad-spectrum antibiotics, the effect is to carpet-bomb all the healthy bacteria that live in our guts, leaving the patient open to infection by other bacteria – such as the potentially fatal Clostridium difficile. Since 2000, hypervirulent strains of C. difficile have developed, and now kill over 2,000 people a year in the UK alone. But FMT is the shock troops: a quick, easy way of restoring healthy bacteria into your guts to fight the infection. And fight they do: an incredible 89% of patients are instantly, and permanently, cured.

And new research suggests FMT might also offer cures for not just IBS, colitis, constipation and colonic ulcers – but also a growing number of neurological and auto-immune conditions such as Parkinson’s. In October it was announced FMT was now available in pill form, making it slightly more appealing.