Star Trek fans all around the world have it circled: 2016. It’ll be the 50th anniversary of Star Trek: The Original Series, truly a cause for celebration if ever there were one. All sorts of official projects and events are in the works, some already revealed, others to be made public in the near future. Today, with the calendar about to flip from 2015 to 2016, lets peer into the future to preview just some of what fans can expect in the coming months… 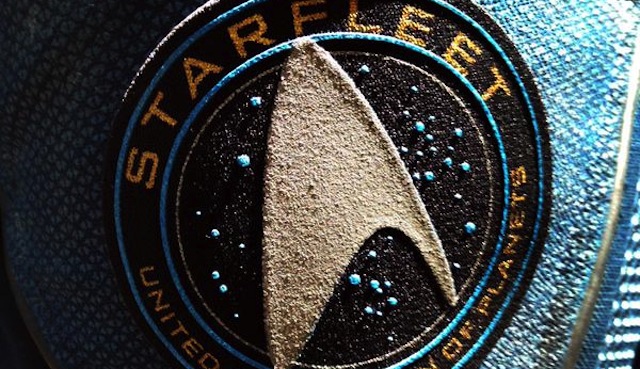 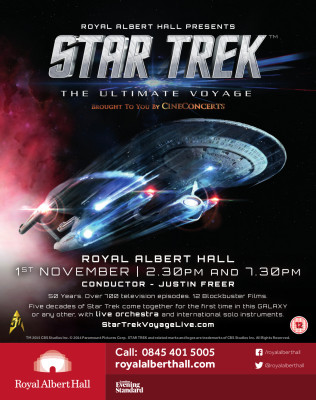 Fifty years of Star Trek will, for the first time ever, beam into concert halls across America, Canada and France when Star Trek: The Ultimate Voyage kicks off in Florida in January 2016 and then visits 100-plus North American cities through May 2016 (with a stop in Paris, France in September). The lavish production includes a live symphony orchestra and international special solo instruments. Fans can experience the franchise’s ground breaking and popular musical achievements while the most iconic Trek film and TV footage simultaneously plays in high definition on a 40-foot wide screen. The concert will feature some of the greatest music written for the franchise, including favourites from TOS, The Motion Picture, The Wrath of Khan, The Voyage Home, Insurrection, The Next Generation, Deep Space Nine, Voyager and more. Go to www.startrekultimatevoyage.com for details, dates and tickets. 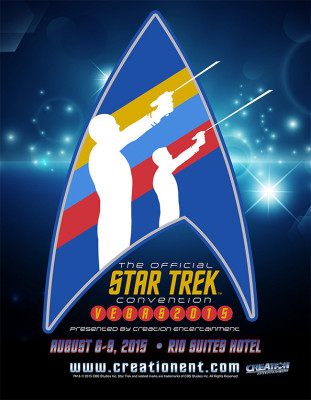 Star Trek: The Starfleet Academy Experience, a brand-new interactive exhibit which uses the Star Trek franchise as a springboard to teach visitors about science and technology, will make its world debut at the Canada Aviation and Space Museum (CASM) in Ottawa, Canada, on May 26, 2016. Visitors can become Starfleet cadets, attempt to beat the Kobayashi Maru test and pilot a starship from an active bridge. The Starfleet Academy Experience will provide freshly minted cadets with a first-of-its-kind “Trek Tech” immersive experience that takes the student from orientation into a rigorous training program involving simulated science, engineering, medical and command courses, through to graduation, and finally to the deck of an active starship. The experience is enriched with the actual science behind the science fiction of Star Trek as the participants learn about emerging technologies such as a functional tricorder, NASA’s warp drive theory, and the latest experiments with phasers and teleporters. Go to www.starfleetacademytour.com for details.

Sure, the new Star Trek television series from CBS won’t debut until January, 2017, but the show will be in the works over the next 12 months. And that means news, photos, trailers, etc. will be on the way in 2016. So, the countdown has begun.