Star Trek: The Fall is a five-book story arc that takes place over a sixty-day period involving all aspects of The Next Generation and Deep Space Nine universes. David R. George III, Una McCormack, David Mack, James Swallow and Dayton Ward, have written one of the five books of the series. 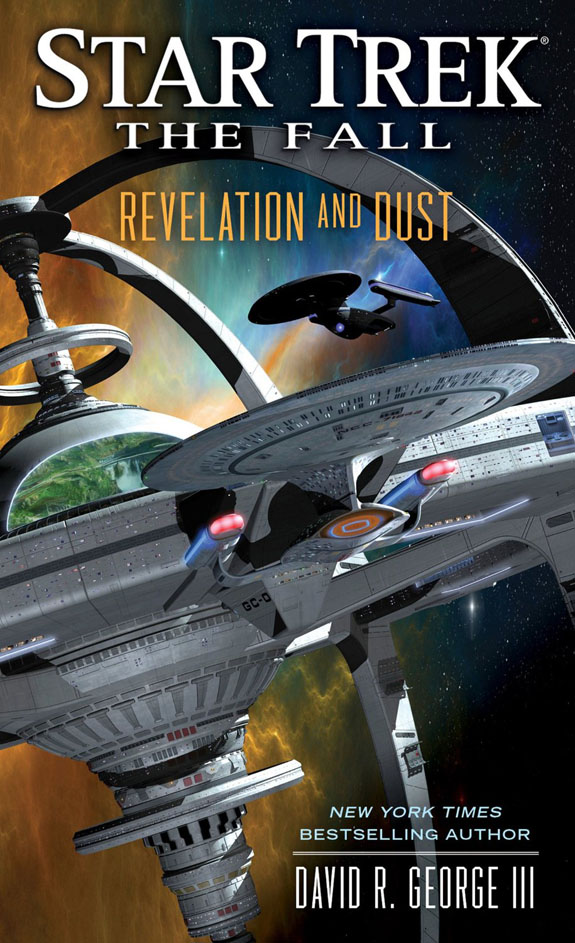 Welcome to the new Deep Space 9

After the destruction of the original space station by a rogue faction of the Typhon Pact, Miles O’Brien and Nog have led the Starfleet Corps of Engineers in designing and constructing a larger, more advanced starbase in the Bajoran system. Now, as familiar faces such as Benjamin Sisko, Kasidy Yates, Ezri Dax, Odo, and Quark arrive at the new station, Captain Ro Laren will host various heads of state to an impressive dedication ceremony. The dignitaries include not only the leaders of allies—such as Klingon Chancellor Martok, Ferengi Grand Nagus Rom, the Cardassian castellan, and the Bajoran first minister—but also those of rival powers, such as the Romulan praetor and the Gorn imperator. But as Ro’s crew prepares to open DS9 to the entire Bajor Sector and beyond, disaster looms. A faction has already set in action a shocking plan that, if successful, will shake the Alpha and Beta Quadrants to the core.

And what of Kira Nerys, lost aboard a runabout when the Bajoran wormhole collapsed? In the two years that have passed during construction of the new Deep Space 9, there have been no indications that the Celestial Temple, the Prophets, or Kira have survived. But since Ben Sisko once learned that the wormhole aliens exist nonlinearly in time, what does that mean with respect to their fate, or that of the wormhole…or of Kira herself? 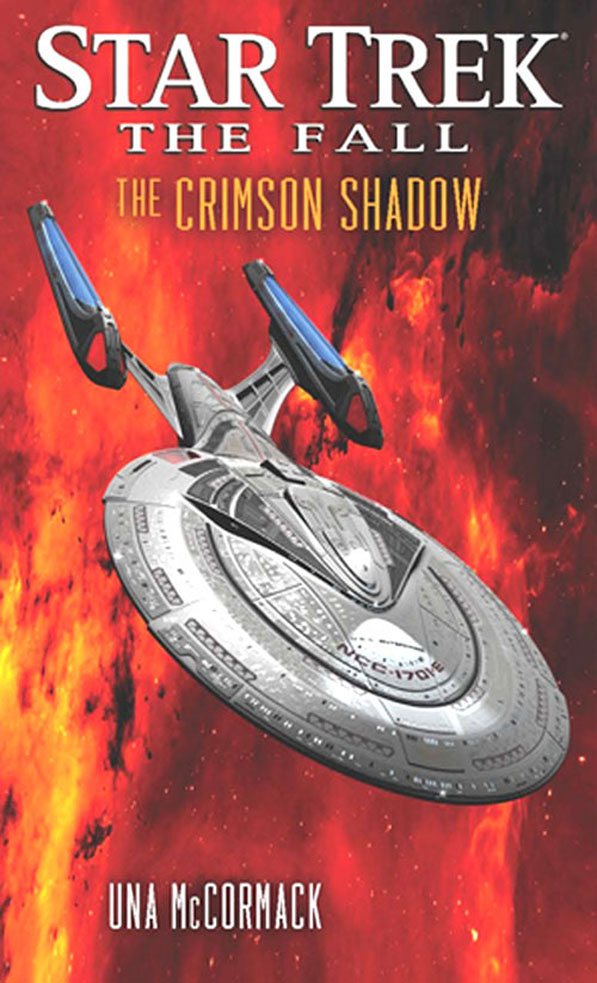 The second original novel in the electrifying The Next Generation/Deep Space Nine crossover event!

The U.S.S. Enterprise has been sent to Cardassia Prime, where Captain Jean-Luc Picard is involved in discussions over the removal of the small number of remaining Starfleet forces left over from the end of the Dominion War. Also present is the Cardassian Ambassador to the Federation, Elim Garak. All parties involved are keen to see Starfleet leave Cardassian soil, not only because the Cardassians are now allies of the Federation, but because Starfleet has been badly overstretched in recent years and the resources are needed elsewhere. With so much goodwill at the highest levels, this meeting should be a formality. However, within a few days of the arrival of the Enterprise, a Bajoran Federation officer is found murdered. The crime may be racially motivated: an ultra-nationalist organization called “Cardassia First” has been stirring up anti-Federation feeling across Cardassia over the past year, and a Bajoran is an obvious target… 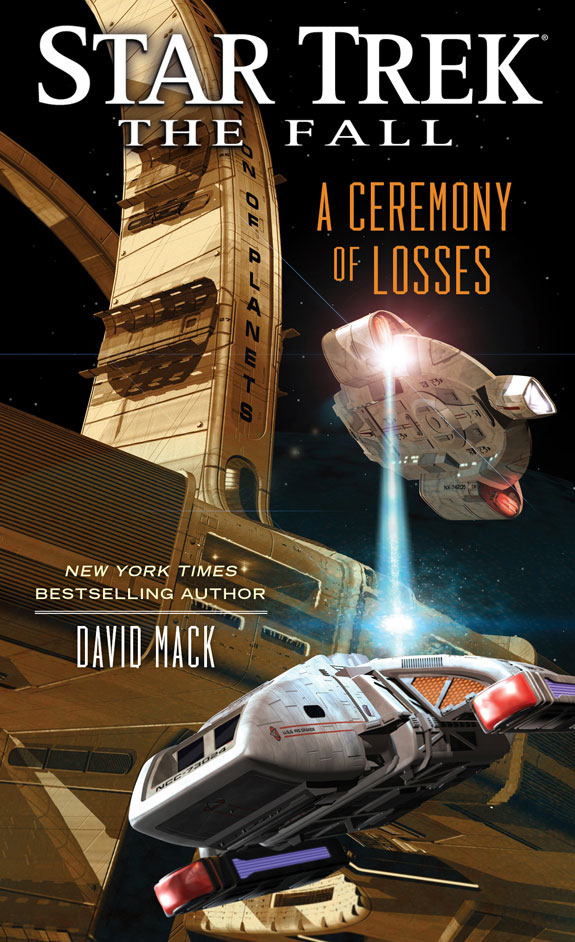 Star Trek: The Fall: A Ceremony of Losses

The third original novel in the electrifying The Next Generation/Deep Space Nine crossover event!

Despite heroic efforts, the Andorian species is headed for extinction. Its slow march toward oblivion has reached a tipping point, one from which there will be no hope of return. With countless lives at stake, the leaders of Andor, the Federation, and the Typhon Pact all scheme to twist the crisis to their political gain—at any price. Unwilling to be a mere bystander to tragedy, Doctor Julian Bashir risks everything to find a cure for the Andorians. But his courage will come at a terrible cost… 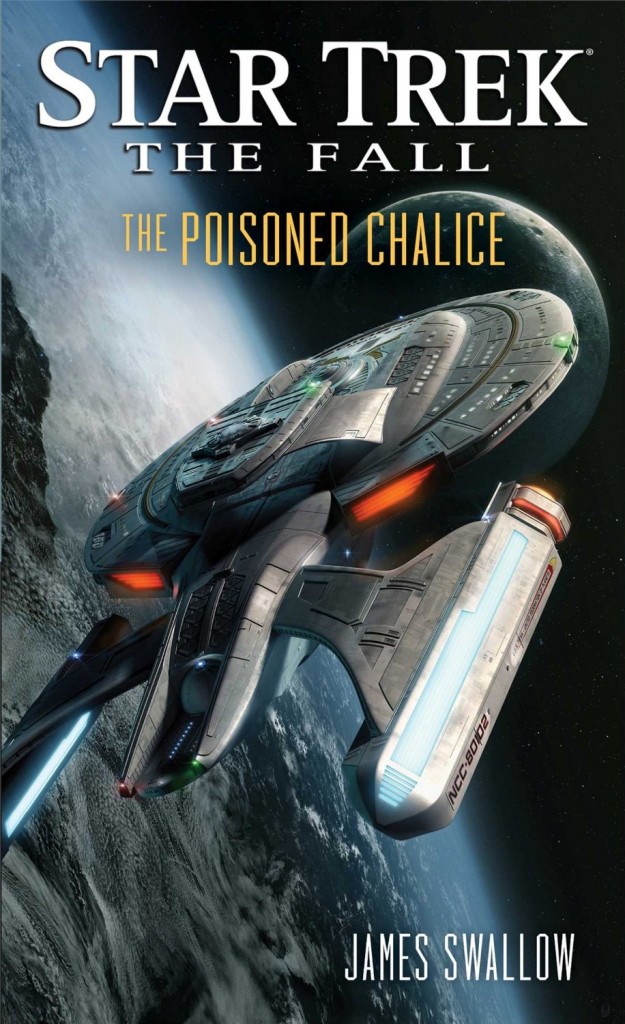 The fourth original novel in the electrifying The Next Generation/Deep Space Nine crossover event!

One simple act, and the troubles of the United Federation of Planets have grown darker overnight. The mystery behind the heinous terrorist attack that has rocked the Federation to its core grows ever deeper, and William Riker finds himself beset by rumors and half-truths as the USS Titan is ordered back to Earth on emergency orders from the admiralty. Soon, Riker finds himself drawn into a game of political intrigue, bearing witness to members of Starfleet being detained – including people he considered friends – pending an investigation at the highest levels. And while Riker tries to navigate the corridors of power, Titan’s tactical officer, Tuvok, is given a series of clandestine orders that lead him into a gray world of secrets, lies, and deniable operations. Who can be trusted when the law falls silent and justice becomes a quest for revenge? For the crew of the USS Titan, the search for answers will become a battle for every ideal the Federation stands for. 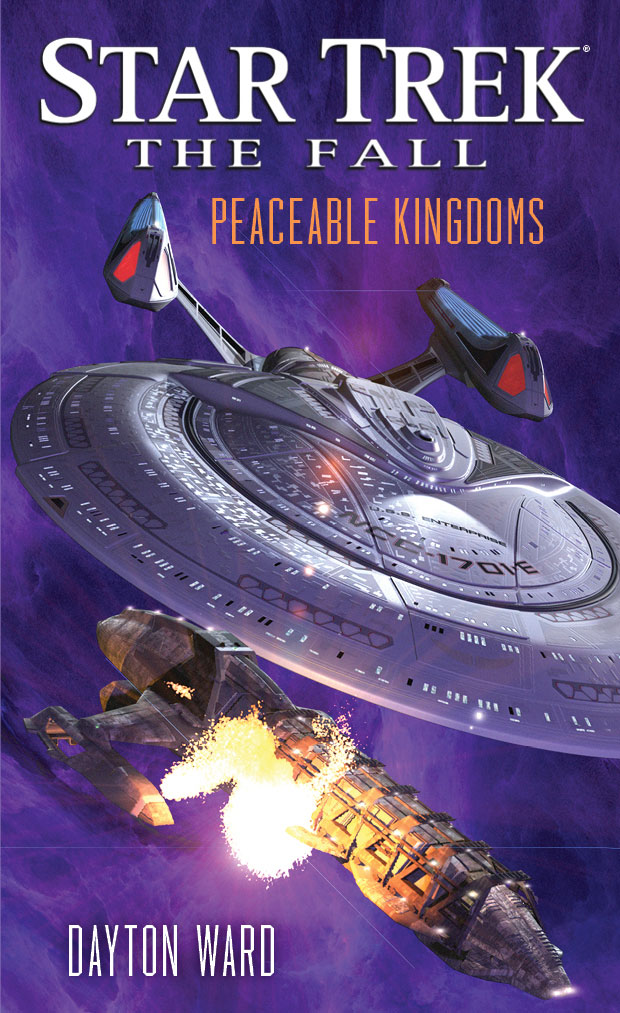 The final original novel in the electrifying The Next Generation/Deep Space Nine crossover event!

The United Federation of Planets takes the first hopeful steps beyond the uncertainty and tragedy that has overshadowed recent events in the Alpha Quadrant. Even as elements of the Typhon Pact have been implicated in a devastating attack against the Federation, William Riker holds key knowledge of the true criminals—a revelation that could threaten the fragile Federation-Cardassian alliance. Time is running out to apprehend those responsible for the brutal crime.

“Questions and concerns also continue to swell around the ambitious Bajoran Ishan Anjar, who has risen through the ranks of the Federation Council while using the recent bloodshed to further a belligerent, hawkish political agenda against the Typhon Pact. Riker must dispatch his closest friend, Captain Jean-Luc Picard, in a desperate attempt to uncover the truth. But as Picard and the Enterprise crew pursue the few remaining clues, Riker must act on growing suspicions that someone within Ishan’s inner circle has been in league with the criminals from the very beginning…