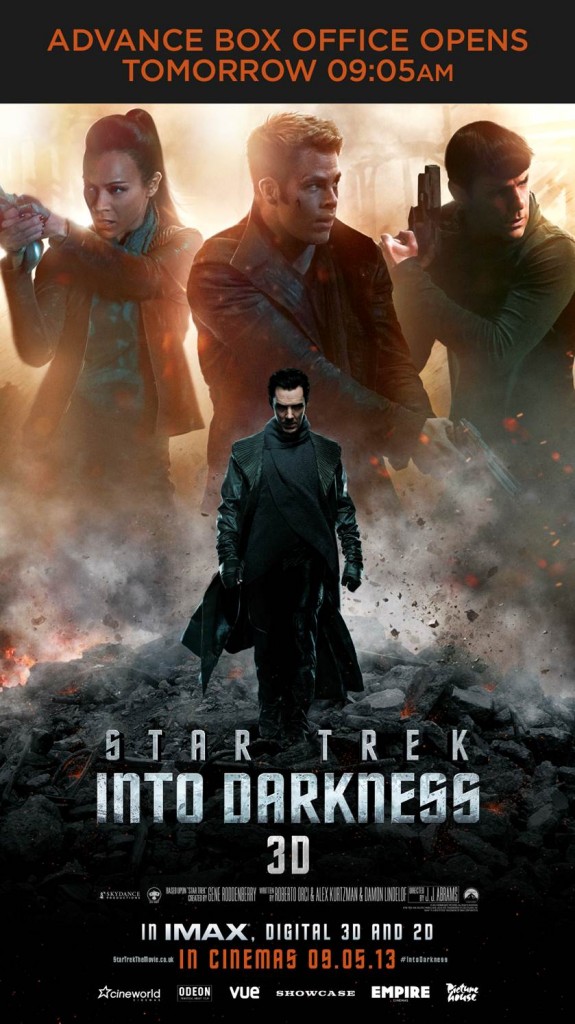 Paramount Pictures have today announced that the box office for advanced tickets in the UK & Ireland will go on sale from 9.05am Tuesday morning. Paramount issued the following press release:

Paramount Pictures’ hotly anticipated summer release, “STAR TREK INTO DARKNESS” will be opening its box office tomorrow in the UK and Ireland for advanced bookings, ahead of the release on the 9th May. The tickets will be available from 9.05am tomorrow, and are expected to sell fast! As one of the most anticipated releases of the year, according to GQ.com, fans around the country will be keen to get their hands on the tickets as early as possible.

Those who are looking to purchase tickets ahead of the release will be able to from tomorrow from all Odeon, Cineworld, Vue, Empire, Showcase, Picturehouse cinemas, or from the official Star Trek Into Darkness website; http://bit.ly/Z38ExT.

“STAR TREK INTO DARKNESS” is written by Damon Lindelof, Alex Kurtzman & Roberto Orci and directed by J.J. Abrams.  Abrams is producing with Bryan Burk through Bad Robot Productions, along with Lindelof, Kurtzman and Orci.