The SF Ball is the biggest and best fan-run con in the UK. The event will take place on the 8th – 10th February 2013 at The Carrington House Hotel, Bournemouth.

Due to work commitments Kitty Swink will no longer be able to attend the Ball. 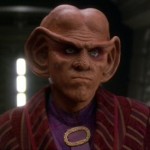 is best known for playing the Ferengi bartender Quark in the television series Star Trek: Deep Space Nine, Principal Snyder in Buffy the Vampire Slayer, Kramer’s caddy Stan on Seinfeld, voicing Dr. Nefarious in the Ratchet & Clank series, and Andrew Ryan, one of the antagonists of BioShock. He also played Dr. Potter in the 2011 movie adaptation of Ayn Rand’s Atlas Shrugged.

is better known for his portrayal of the character Rom on Star Trek: Deep Space Nine. He had previously auditioned for the role of Rom’s brother Quark, but the role was given to Armin Shimerman. He played Sovak and Par Lenor in Star Trek: The Next Generation episodes “Captain’s Holiday” and “The Perfect Mate”. He is famous for being an expert on the Rules of Acquisition and can quote them by memory. Interestingly enough, he even played Gint once, the writer of those rules and the first Grand Negus in a dream sequence involving Quark.

a British screen and stage actor, perhaps better known for his role as Syrio Forel in HBO TV series A Game Of Thrones and children’s TV personality ‘Mikey’ in the long running series Hububb (1997-2003) 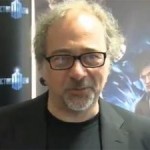 He was head writer for the second series of The Sarah Jane Adventures, broadcast in 2008, wrote “The Waters of Mars”, one of the 2009 special episodes of Doctor Who, with Russell T Davies. and wrote the majority of the 2010s video game series Doctor Who: The Adventure Games. In 2012, with Davies, he created Wizards vs Aliens. 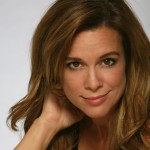 portrayed the Bajoran Leeta on Star Trek: Deep Space Nine for five years, from 1995 to 1999, and Ivy Lief on General Hospital. Her recent prominent feature film roles include starring as a sultry singer in James Kerwin’s sci-fi film noir Yesterday Was a Lie, which she also produced, and voicing “Janice Em” in the animated film Robotech: The Shadow Chronicles. Her television guest starring roles include ER and Sliders (as Kelly Welles, the sister of Wade Welles). 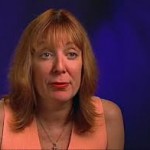