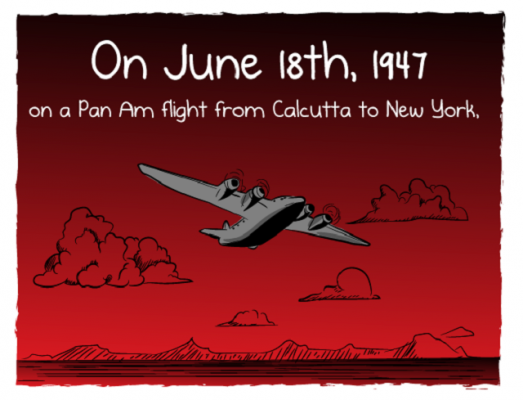 The Oatmeal created a comic which you really should check out. It can be found here.

The comic tells the story of a plane crash, in which the 25 year old co-pilot goes back into the burning plane to rescue passengers and lead a group of survivors through the desert to find help.

The co-pilot was named Gene Roddenberry, and after these events he stopped being a pilot and became a writer and eventually created Star Trek.

In these uncertain times when you are stranded in the desert, get out and help someone, it may change the world.