While “Star Trek 3” fans hope that the movie will have a 2016 release date, Joe Cornish is no longer in talks for directing as three new writers are now on board for the film.

According to IndianExpress.com, Paramount and Skydance are hoping for a 2016 release date.

“There is currently no timeline for the third film, but Paramount Pictures and Skydance Productions are hoping to release it in 2016 to celebrate the 50th anniversary of ‘Star Trek,'” the report said.

The year 2016 seems like a long ways a way, but new movie details and spoilers will keep fans in the loop and excited about the film.

Variety reported that the studio was at one point in talks with “Attack the Block” director Joe Cornish, but now he is no longer involved with the highly anticipated film.

“Oh did they announce that?” “Star Trek Into Darkness” actor Anton Yelchin, who plays Chekov, told Collider in response to the news about Cornish. 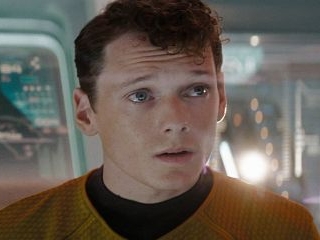 Yelchin said he isn’t worried about the director though.

“I mean, whoever they choose I’ll be excited to work with. I trust the people involved and trust that they want what’s best for the film,” the handsome actor dished.  “I’m sure they’ll find someone talented.  If it’s not Joe Cornish, who’s very talented, it’ll be someone else.  I think everyone’s very smart.  Everyone at Bad Robot, J.J. and Bryan Burk are all very, very smart people.  So they’ll do what needs to be done for the film and I’ll be excited to find out what that is.”

He added that he doesn’t know much about when filming will begin.

But there is some developments being made.

Variety reported that J.D. Payne and Patrick McKay will co-write “Star Trek 3” along with Roberto Orci, who penned the previous two installments.

Who do you think will direct the movie? Sound off below or head to our forums