A new Star Trek Into Darkness TV spot is being shown during the MTV Movie Awards. The new TV spot was first seen on the Star Trek Movie App. MTV have put the video online early to view.

Using the Star Trek App to scan the trailer, you unlock this image of Zoe Saldana, Chris Pine & Zachary Quinto’s seats for the MTV Movie Awards. 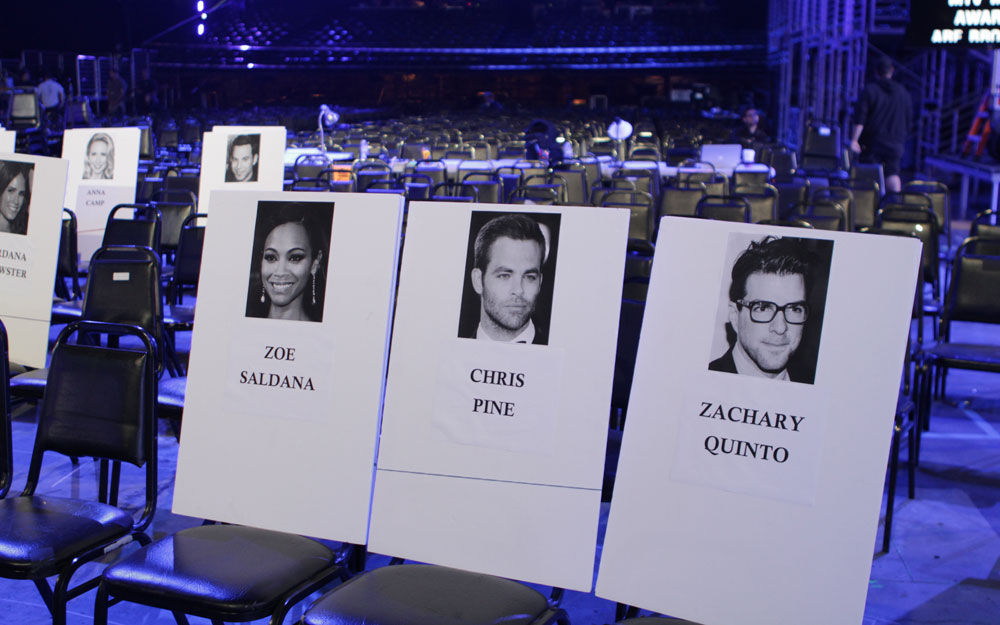