This year London Film and Comic con looks to be even bigger than last year. This year’s event will take place on Friday 5th July – Sunday 7th July 2013, in Earls Court 2, London.

Family tickets are for 2 adults with up to 2 children under 12, early entry on Saturday and Sunday is from 9am whereas standard entry is from 11am. The Friday night preview will be from 6-8pm. It is usually the case that anyone wishing to go for one day only with early entry with a child will have to purchase the full ‘adult’ early entry of £12 for the child. 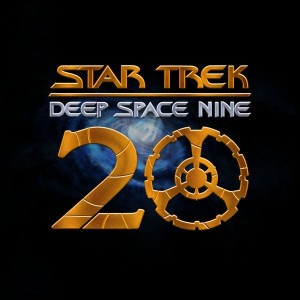 This year LFCC looks set to celebrate the 20th anniversary of DS9 with guests including Avery Brooks, Armin Shimmerman, Nicole De Boer, to name a few, There will also be an ET Reunion as it’s been over 20 years since the film was made, some of the guests include Dee Wallace and Robert McNaughton! If these guests aren’t for you there are more guests announced, just have a look here for the current line-up, of which, there are some awesome names including Amanda Tapping, Linda Hamilton, William B Davis and Jason Momoa. All guests will be charging for autographs and professional photo shoots, the cost can be anything from £10 upwards depending on the guest you wish to see. If there’s a lot of guests you want to see and you don’t know how you’ll navigate the crowd I’d suggest a gold pass, but it is costly. If you have only a few guests and don’t really want to see many talks I’d personally go without, but that said it depends how popular the guests you want to see is!

There will be talks this year at LFCC, it looks like it has now become a permanent thing that certain talks will be seen only by paying for the privilege. A shame for some but if you only want to see a few guests this might be for you. Talks are usually held in a Q&A format but just please, if you do go to a talk be considerate of others and only ask a relevant question, and not something like “Can I have a hug?” I’ve seen this before and it’s really not fair on the rest of the audience that have A. paid good money to hear certain actors talk about their work and B. may also want a hug but won’t get one. If you do decide to splash out and get a gold pass though, all paid for talks will be included in the price of a ticket. So far for LFCC, the paid for talks are as follows:

This year there’ll also be plenty of things to do if meeting the guests isn’t your thing. There’ll be a cosplay zone, anime zone, artists alley and a video game zone.

There’s also going to be a first healiner guest announcement this Friday (28th January) at 8pm! Speculation is rife with who this could be, all we know is that the guest will be in attendance all 3 days of the event, have a photo shoot on each day, partake in a talk and is only planning on being at this one event. They’re a “show maker”. Read into that what you will but talk and photo shoots will go up at the time of the guest announcement so you better have some card details to hand just in case! Also just to let you know that paid talk tickets are given out in order number, so the sooner you order a talk ticket, the nearer the front of the audience you’ll be!

So, until Friday folks!