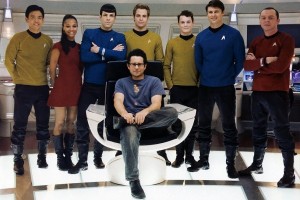 Collider spoke to JJ Abrams at the Star Trek Into Darkness Blu-ray launch party on Tuesday night. Here’s what was said:

Collider: “A movie like this is obviously movie magic at its finest. When you put out a Blu-ray that reveals some of those secrets, do you have to really think about what you want to reveal and what you don’t?”

J.J. ABRAMS: “I don’t like behind the scenes happening too much before a movie comes out, which a lot of filmmakers do, and to great success, of course. But to me, I feel like, if I’m watching a movie and I’ve seen in the aggregate, half an hour of how they did a sequence, I feel like it’s pulling back the curtain prematurely. Once it’s on a Blu-ray, I always think about, if I had behind the scenes stuff when I was a kid, which I never did, it would have been so much more illuminating, as to the process, how it works and why it works. So, it’s really for people who are interested in filmmaking, and people who are curious about the process. To give them that access, to me, is one of the opportunities that we have.  It’s a fun thing for us to do.  And it celebrates the crew that often doesn’t get any of the accolades, and deserves so much of it. “

Collider: “People just don’t realize how much goes into a movie, especially one like this, until they see that behind the scenes stuff.” 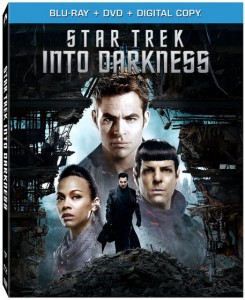 Collider: “How much can you approach a Star Trek film like it’s your own thing that you can put your own stamp on, and how much do you always have to think about the fact that you’re working in the Star Trek universe?”

ABRAMS: “I think you have to have people who know it and love it work alongside you to remind you, “You can’t do this. You shouldn’t do that.” But, you always have to follow your own gut, of what is an interesting story, what feels fun and what feels exciting, and then go that way. So for me, the experience of working on Star Trek is acknowledging and being grateful for everything you’ve been given. I really feel like we’ve temporarily moved into this house that was built. Yeah, we’re going to remodel it a little bit and make some adjustments, but we’re gonna keep it and hopefully it will leave in better shape than we got it, for the next people who move in.  And that’s not to say that we can ever improve upon what Gene Roddenberry did, but it is to say that we want to try to do something that people will be proud of and that will hopefully stand the test of time.”

Collider: “J.J., how important was it for you to stay involved with the franchise, even though you won’t be available to direct the next film?  Does it feel a bit like you’re sending your baby away to college?”

ABRAMS: “It’s a little bittersweet. But, I will say that I’m going to be producing the movie. Whomever it is that directs the film will be someone we all know is going to keep the cast and crew in good hands.  I feel very lucky to have been part of it, and it definitely feels like the right time to let someone come in and do their own thing. I certainly don’t want someone to come in and try to do what I would have done. We want to hire someone who’s gonna come in and bring their own sensibility.  I’m very excited to see what comes next, despite feeling jealous of whomever that person is.”

Collider: “Are you already giving creative input, as Alex Kurtzman and Bob Orci are breaking the story?”