Enterprise – A crew that changed history by Abbie Martin-Jones 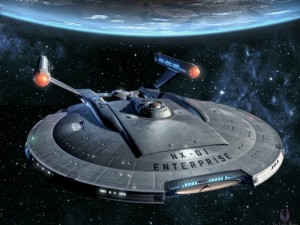 I’ve watched Star Trek since I was young, but it was when I watched enterprise that I really started to enjoy Trek. They had a great ship, high tech design, but realistic for that point in time. Enterprise became and still is my favorite series.

I do like other star trek series, for example the techno-babble of Voyager or the crew interactions on the next generation. They all had their pros and cons.

But what was it about this crew that made them so believable? And how did they become the crew that would change history?

To answer these questions, we have to first look at the basics of who the crew were. The crew was comprised mostly of humans, a Vulcan, a Denobulan and, of course a beagle. They were the first crew to coexist with a Vulcan for more than two weeks. This eventually smoothed relations with the Vulcan high command, leading to an alliance and eventually the federation. They also had a Denobulan doctor, providing a alternate, open minded view of other cultures. Seeing opportunity in every species. Although when they initially launched there was a lot of conflict between the crew and some crew members had little to say or do. Despite this they soon became an efficient and coherent crew that learned to look past their differences to work with each other, and eventually form alliances with other species so that they could enter the interstellar community as equals.

These crew members developed over time in order to overcome difficulties that were presented in such a high risk deep space mission. Examples of this can be found in many of the main characters:

• Captain Jonathan Archer- he started by not really knowing what he gotten into or the tremendous responsibility he had undertaken, but grew to be a captain that would do whatever was necessary to protect his crew and became the historical figure that would be studied by Starfleet Academy students generations later.

• T’Pol- begins as a stubborn Vulcan, that had a lot of conflict with the crew, but eventually learns to work with them and trusts them. She also starts to show signs of emotions.

• Dr. Phlox- looks at enterprise as a distraction from family, an chance to see humans under pressure but develops to become one of them.

• Trip- he was very unprepared, but in due course became essential to the running of the ship.

• Reed- he starts off with strong military discipline and way of thinking but soon finds that this does not work on a star ship and adapted to this new environment. He did not have good social skills at the beginning but became one of the enterprise family.

• Hoshi- When she first joined Enterprise she was scared and nervous but changed so that she could become a strong confident, vital member of the crew.

• Travis- At the beginning he had little to say, except that he had been in space, but gradually gain more story lines and had more dialogue with the rest of the crew.

This shows that they have changed themselves over time in order to face the challenges that were presented to them.

Whether it was using their unique skills or making the basis of new technologies (e.g. Universal Translator, force fields etc.)or playing a major part in historic events, they paved the way for generations to come, the federation might not be the same or even exist at all if enterprise had not had these exceptional crew members

But was it the crew or the situations that they were put in that allowed history to play out the way it was meant to. I believe that it was this crew that made the difference, they were inexperienced, didn’t have rules as other crews did, but maybe that was an advantage. They could do whatever was necessary to complete each mission they were given, and still had to work out the right from wrong. A good example of this would be in the expanse, could Picard or Janeway steal goods, torture or kill civilians in cold blood(Xindi scientists on moon near Azarti prime)? Could they work as efficiently as the enterprise crew if they had such limited technology and lack of command structure? I believe that each crew works well in their own environment but only the enterprise crew could work in this situation. The reason for this is they are use to a low level of technology and being forced to improvise from the very launch of the ship. They also had a captain, with a ‘leap without looking’ nature, which allowed them to explore more freely and learn more quickly, this of course also leads to more mistakes but as captain archer himself says “We’re going to learn from those mistakes, that’s what being human is all about”.

They were also used to “Put right what once went wrong”, if you pardon the pun. Mistakes such as the Klingons change in appearance from the original series to the next generation, voyager and deep space nine. Enterprise added more depth and solid back story to the Vulcan’s, as well as reveling that section 31 has been around a lot longer than the encounters we saw in the 24th century and therefore could be a more powerful organisation than we first thought.

It is a shame that we did not get to see how the crew of the enterprise continued to shape history, through the years 2155-2161. We could have seen how they stood up to the threat of the Romulan war, and how they combined forces with others species in order to meet this new threat. 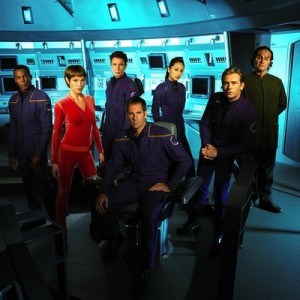 This is a crew that set the standard for the rest of star fleet to follow. They also fixed some of the problems that were overlooked by other series. Their traditions, principles and values would go on to influence future generations. This crew seem more human and therefore more believable because of their development over time even though they had to battle with their technology as well as numerous other challenges. This crew really were making history with every light year.