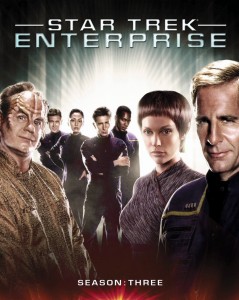 Following the attack on Earth in the season 2 finale “The Expanse”, the crew of Enterprise attempt to seek out the Xindi and stop them from launching their much larger, and much more devastating, weapon, the Xindi weapon.

The third-season set will include all 24 episodes and a variety of behind-the-scenes featurettes and bonus material.