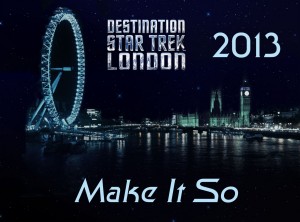 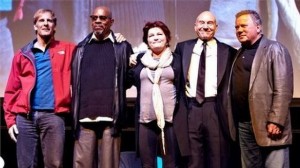 The UK has a large Star Trek fan base and we need to have a official convention. DSTL 2012  showed us we can bring something new to the Star Trek world and that London was the best place to host it.

The Trek Mate Family have created a petition to campaign for DSTL 2013. We need your help to spread the word around Twitter, Facebook, Google plus and other social networks. Please help us by signing the petition here to make DSTL 2013 a reality. 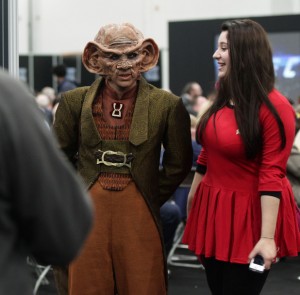 “Destination Star Trek London 2012 was a fantastic experience that gave us UK fans our first real chance to celebrate the franchise that we all hold so dear to our hearts.

Media 10 and Showmasters put together a brilliant event, though even they will admit that there is areas that can be improved upon.

To date the only members of the Star Trek fanbase that they have heard from are the nay sayers, those few fans that love nothing more than to moan and troll the internet with their closed minded views.

In the next few weeks the powers that be will be deciding on the fate of DSTL 2013 and whether there should be a future event at all.

Lets make sure that they do not hear only from the negative Nausicaans, sign this petition and show that you want DSTL 2013.

Yes there are some things that can be changed or done differently, but lessons have been learned and we at Trek Mate have no doubts that DSTL 2013 would blow 2012 out of the water (Just look at Kahn!).

Media 10 and Showmasters, we have one thing to say to you… Make It So!”